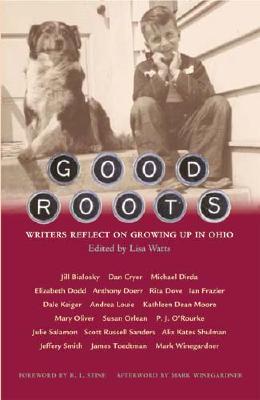 Good Roots: Writers Reflect on Growing Up in Ohio

"I was once a preacher's kid named Danny. This was not all bad. In fact, in the church-centered society that was my hometown, it was distinctly a badge of honor.

"Churches sprouted in Findlay like delis in New York City. There was one on nearly every corner... Churchgoing was part of Findlay's natural order, as inevitable as going to school. As a boy, you attended Sunday school and Sunday services, sang in the children's choir, thrilled to the tales of Jacob's Ladder and Noah's Ark at summer Vacation Bible School, joined the Boy Scouts for knot-tying in the church basement, played second base on the church softball team. Church, as much as school, was where you met your friends and found a girlfriend. To be 'unchurched' was rare, an admission that something had gone awry in your upbringing."